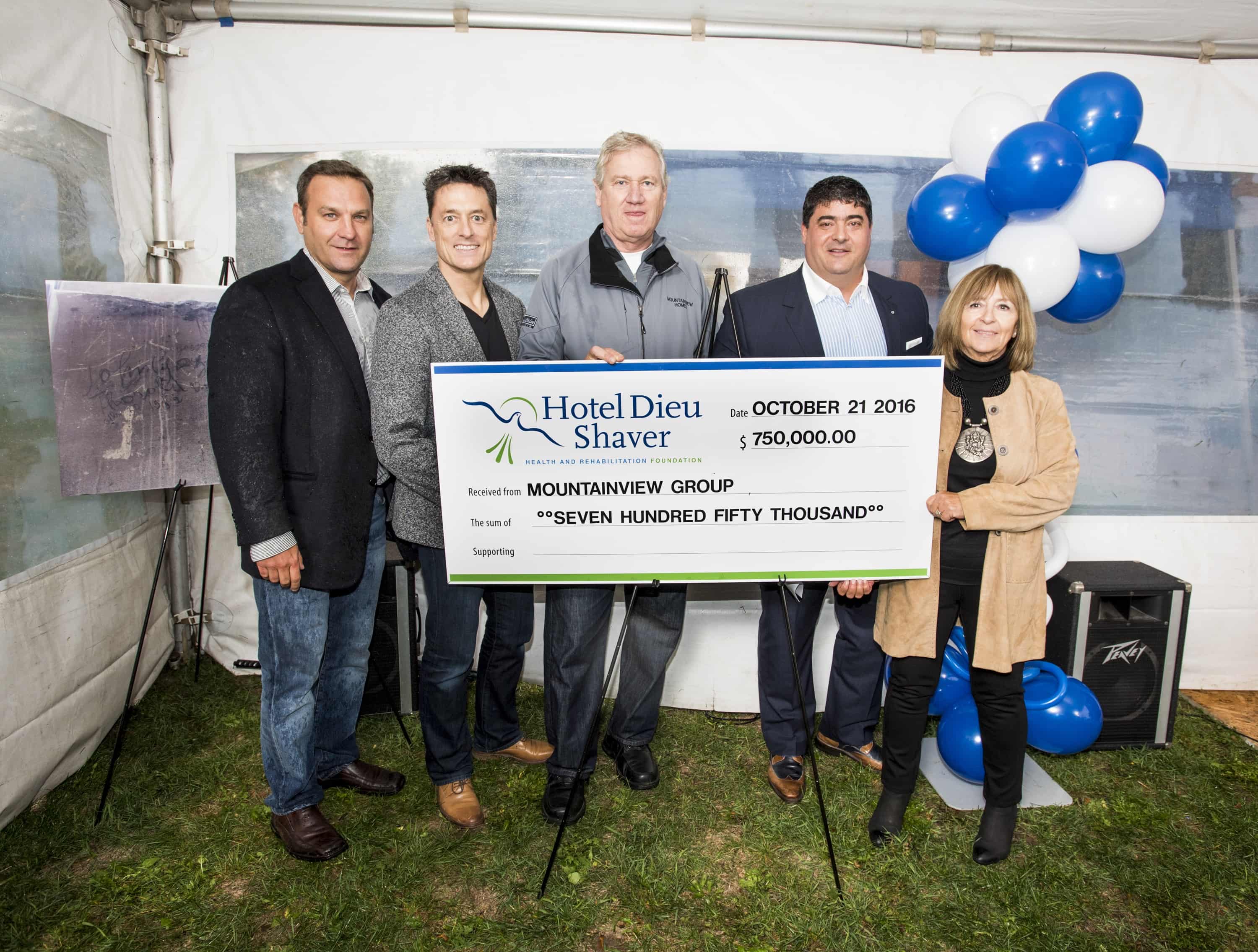 By Paul Forsyth - Niagara This Week

ST. CATHARINES, Ont. — Mark Basciano thought he was more than familiar with the services provided by the Hotel Dieu Shaver Health and Rehabilitation Centre because he’s had family members require the service and employees of his company require rehab.

But a recent tour of the regional rehab facility was an eye opener, not only on the level of compassionate care for patients but also the scope of that care.

“When I walked in here and saw not only the level of care but the scope of care…I saw people in here learn to drive a car after getting a prosthetic, they’re recovering from strokes, palliative care,” he said.

“There’s such a level of care here, I quickly realized the need and the niche that this facility meets is probably servicing a lot of people who fall through the cracks.”

Yet the president of Mountainview Homes learned that unlike many universities, the Shaver doesn’t get many major donations.

“I thought this doesn’t make any sense,” he said. “If all we need is one or two people to step up to the plate, hopefully it will not only bring attention to it, it’ll get people to say ‘you know what? This place is in need.’ ”

That led to Friday’s announcement, in a joint ceremony in which the statue of St. Joseph that stood guard at the former Hotel Dieu Hospital in St. Catharines was unveiled at its new home at the Shaver, of what’s being called the largest donation in the health centre's history: $750,000 from Mountainview Homes.

Centre CEO Jane Rufrano said the donation could mean a boost for decade-long plans for an expansion to the centre’s buildings to house 65 new active rehab beds that are badly needed in Niagara.

She’s had a plan submitted to the province’s health ministry now for 10 years for a multimillion-dollar expansion. While the province typically pays for 90 per cent of such projects, Niagara is expected to fundraise a significant amount as the local share, she said.

“This is a big step,” she said of the new donation. “This will be a boost to us.”

If the Shaver doesn’t get approval for the so-called capital expansion in the near future, the Mountainview donation will be re-directed to the Shaver’s general fund, she said.

Basciano said any way he can help the Shaver, it’s worth it.

“There is a lot of worthy causes in Niagara,” he said. “All are important but this one hit a soft spot.”

“(It’s) patient-centered care and the most amazing people.”